Home / Exhibition / The Art of DC. Dawn of Superheroes
Exhibition

EC1 Łódź – Miasto Kultury has teamed up with DC Entertainment, Warner Bros. Consumer Products and Art Ludique-Le Musée to debut in this part of Europe ‘The Art of DC – Dawn of the Super Heroes,’ a one- of-a-kind exhibition that celebrates DC’s rich history, unique mythology and iconic Super Heroes and Super-Villains such as Superman, Batman, Wonder Woman and The Joker. The exhibition will feature nearly 200 original comic pages, around 300 preparatory sketches and concept artworks for the cinema and a curated selection of authentic costumes and props used in the films.

This exhibit will showcase original drawings of DC’s stable of famous Super Heroes and Super-Villains, as well as iconic scenes and landmarks, from world renowned artists including Jim Lee, Bob Kane, Neal Adams, Frank Miller, Alex Ross and many more. Also on display will be original costumes from blockbuster DC films including the famous cape worn by Christopher Reeve in the Superman movies and Lynda Carter’s iconic Wonder Woman costume from the 1970s. Costumes and props from more recent films directed by Zack Snyder, Tim Burton, Joel Schumacher and Christopher Nolan will also be showcased alongside intricate pieces from the highly-anticipated Wonder Woman film that premieres on June 2, 2017.

The exhibition has already visited Paris, London, and Abu Dhabi. Historic interior of the Machine Hall in former power plant EC1 will stand as one of the key steps of Europe tour. The accompanying program will be filled with many screenings, workshops and special events. The exhibition will take place as a part of the 30th International Festival of Comics and Games in Lodz (27-30.09.2019), giving us one more reason to visit the city in the opening weekend. 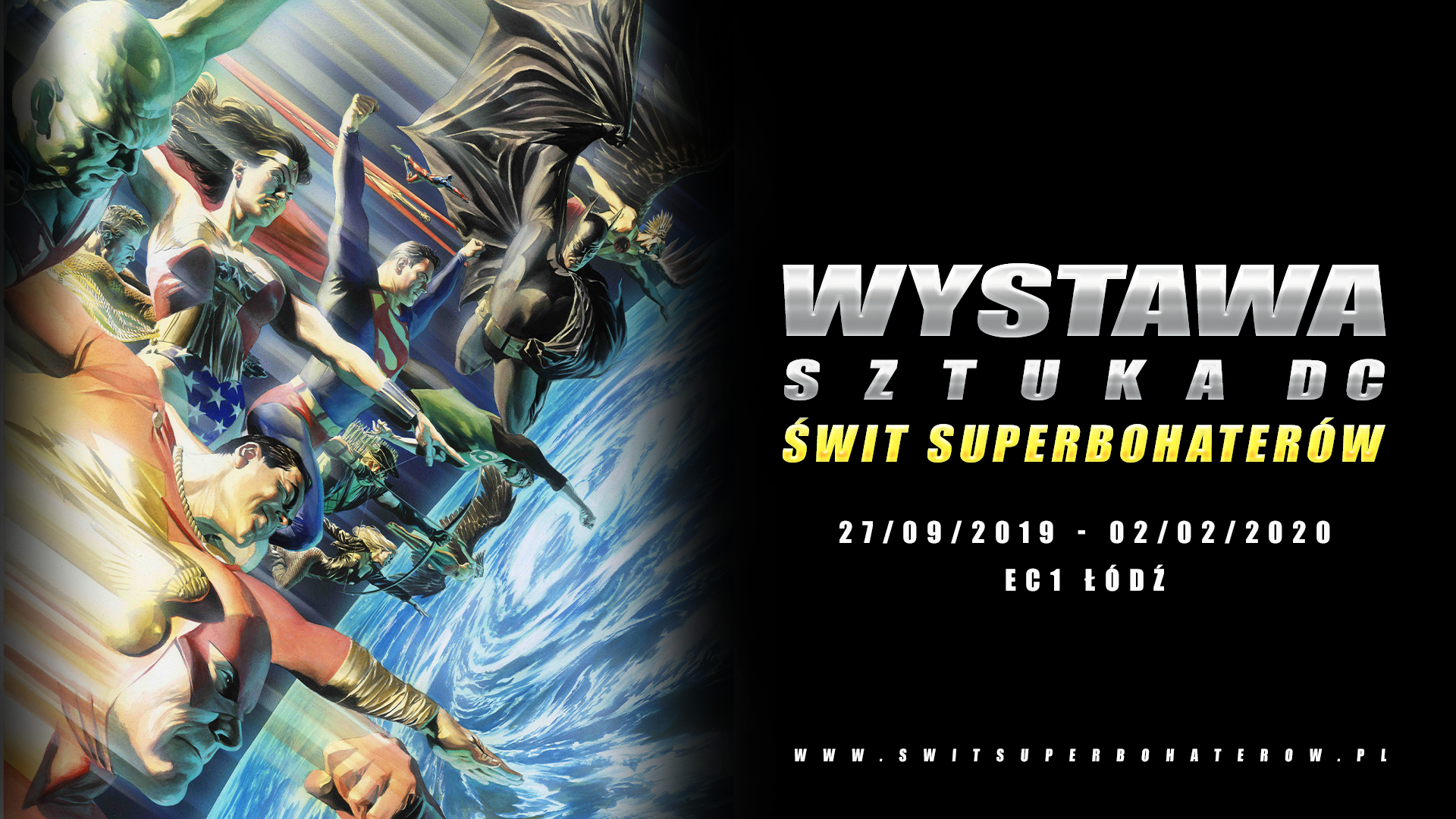